TANYA DAVIS IS A WOMAN ON A MISSION...
Tanya Davis’ life took a turn down a road of destruction; living a dangerous life on the streets in Detroit, Michigan.  Ms. Davis's life as an addict: was plagued with drug use, prostitution, domestic violence, and homelessness, which led to crime and subsequent jail time.  Her daily testimony is “To GOD be the glory”, because, in the lion’s den, GOD met her in her cell and began to change her life.  In 2003 Ms. Davis relocated to Nashville Tennessee where God began to elevate her in ALL her endeavors.  ​
Today, Mrs. Davis is an entrepreneur, author, inspirational speaker, producer, professional beauty educator, mentor, playwright, and witness to the love and redemption of GOD.   Davis is a Licensed Minister of the Gospel, and definitely does her share of ministry work.  Lives have been saved through her testimony, and she has shown many how to overcome obstacles.  Davis loves to tell people, “I know a man, and He’s not from Detroit or Nashville – but He’s from Galilee”.  She continues to spread hope wherever she goes and loves to show people suffering from addiction, domestic violence, and mental health how to succeed in recovery.   One of  Davis' passions has been giving and volunteering herself to several organizations such as Operation Stand-down Tennessee, which offers a wide range of services for Veterans in need of housing and addiction,  Mending Hearts provides shelter, hope, and healing to women who may be homeless due to addiction, and mental health disorders, The Next Door which provides services to women who are impacted by addiction, mental illness, trauma and/or incarceration, G4 facility Level 3 Residential Treatment for females in the custody of Tennessee's Department of Children's Services ranging from ages 12- 17, The Tennessee Women Prison houses women of all custody levels, Salvation Army and Nashville Recovery Fest.  All of Davis's events provide proceeds, clothing, and her time to these organizations.  She motivates students by going to Elementary career day, High schools, and Cosmetology schools to encourage them “NOT TO QUIT” and the importance of saying NO to drugs.  When asked, “What’s next?”, her answer is always, “Wherever GOD leads me because I know it is HIS purpose!”
​
Mrs. Davis has a long list of accomplishments, including 2000 Salon of the year and 2001 Stylist of the year, in Detroit.  In Nashville 2009 Recipient of the Phenomenal Woman Distinguished Award and 2014 Who’s Who Award.  2015  Davis joined Leading Lady Clarksville and In 2016 she was awarded the Spirit of Excellence Award and I am Royalty Award.  2016, She joined Beauty Behind Bars and became one of the National Spokeswomen traveling all over the united states and abroad.  In 2021 she received the "Partnership Award" from Pass the Beauty Organization and The IAAWE Leadership Award in Atlanta, GA.
In addition, Davis has her latest "Women Who ROCK Nashville" publication.  She became an author and wrote a book about her life story so that her testimony would bring clarity to all loved ones to understand who an addict really is.  Her Novel is on all social book sites and in two other countries, Curacao Venezuela and Holland.  She has Produced Stage Plays such as “Drama in the Shop” held at Detroit Music Hall and turned her Novel into a stage play “From Crack to Christ” held at Nashville “TPAC” Tennessee Performing Arts.
​
Currently, Davis received her Honorary Doctorate in Leadership and started The Shirley Gene scholarship” named after her mother.  This scholarship will help change the world by empowering young ladies 8-17 to lead, innovate, and serve.  The Women Who Rock Nashville organization will be committed to the Juvenile Court System to enriching young ladies through leadership, education, and positive identity development.  It will build the self-esteem and self-worth of young ladies by changing their outlook on life, broadening their horizons, and providing tools for self-empowerment.  Also, The Love of HOPE "Recovery beyond the Threshold" Transitional Housing for Women, helping Recovery Individuals, Domestic Violence, Prison Reform and Mental Health Opening Winter of 2022

Last but not least her #1 passion is serving God.  Davis is a member of Mt. Zion Baptist Church under the leadership of Bishop Joseph Walker III...Mrs. Davis is, a mother to daughter Parisia Harp, and a grandmother of four precious grandchildren Tarien Harp, Taylor Harp, John “BJ” Foster, Josiah "JoJo" Foster, and she can’t forget her #1 fan, supporter, ride or die Mother Shirley Gene Harp; who with continued prayers through it all that God would return me back from the pit of hell and become all God had planned for my life.  R.I.H Mother ( Jan 26, 1944-May 20, 2020) but she's still much alive in her heart.
Finally, Davis believes in encouraging change because change is certainly necessary and with Christ, ALL things are possible… 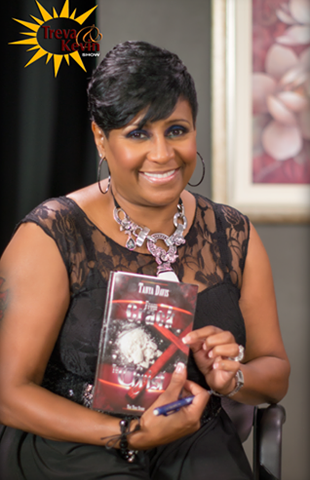 “I will never leave you nor forsake you…Hebrews 13:5”   I owe it all to My Lord and Savior Jesus Christ…

WHAT PEOPLE ARE SAYING...

but all addictions that affect our everyday lives.  Continue﻿ to spread the Word as God speaks it to you. Continue to speak the truth as you know it.

I love you and am behind you 110%...Darrell Thirkield